Highest peak In Karnataka - 6317 feet above sea level: 300 stone steps lead to the top of the mountain and the shrine dedicated to Lord Shiva.Once every 14 years a wild mountain flower ' Corvia ' blossoms and the hills around are clothed in bright purple. 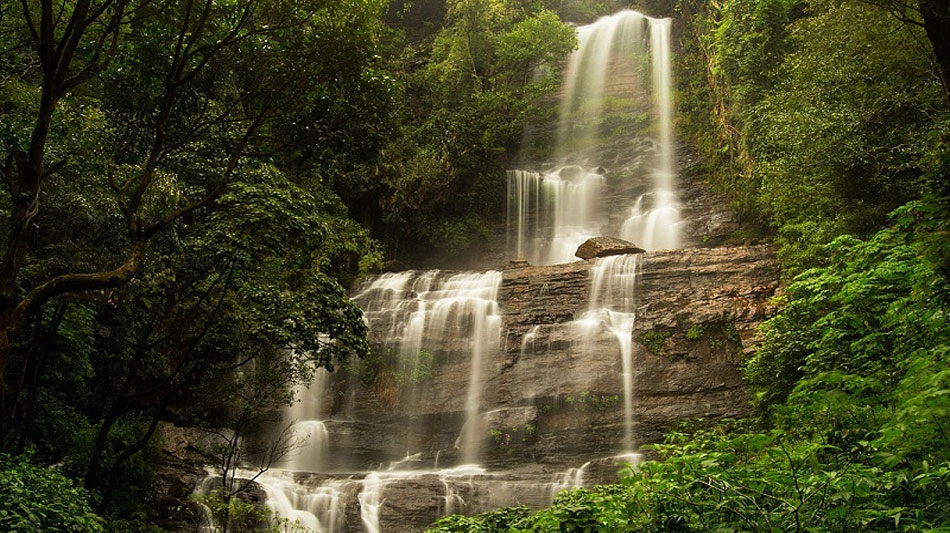 Once the favourite destination of the Mysore Maharaja, Kr Krishnarajendra Wodeyar said to be one of the most spectacular mountain passes in the country; Trekking paths from here take you to down to Kalhatti Falls where water gushes down a drop of 122m over the top of a temple buih into a gap between the rocks; Hebbe Falls-Dropping down from a height of 168m, from where condemned prisoners were pushed to their death. 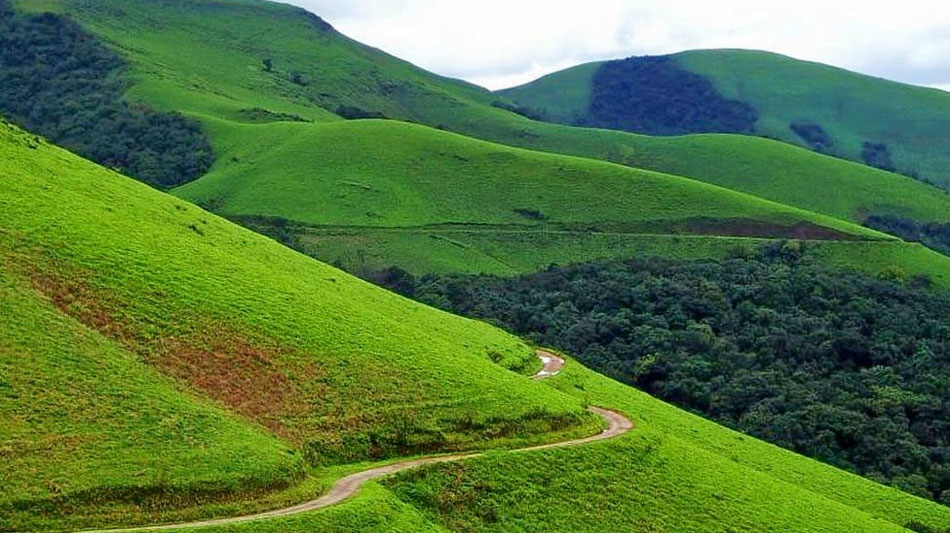 Residence of the sufi mystic, Hazrat Dada Hayat Mir Khalander who travelled back from Arabia with 7 beans taped to his belly. This gave rise to the first Coffee Plantations in India in 1650. Revered as 'Baba Budan' for his healing powers, the mountain ranges that he made his home came to be named after him. India now grows approx.4'4 of the worldcoffee. 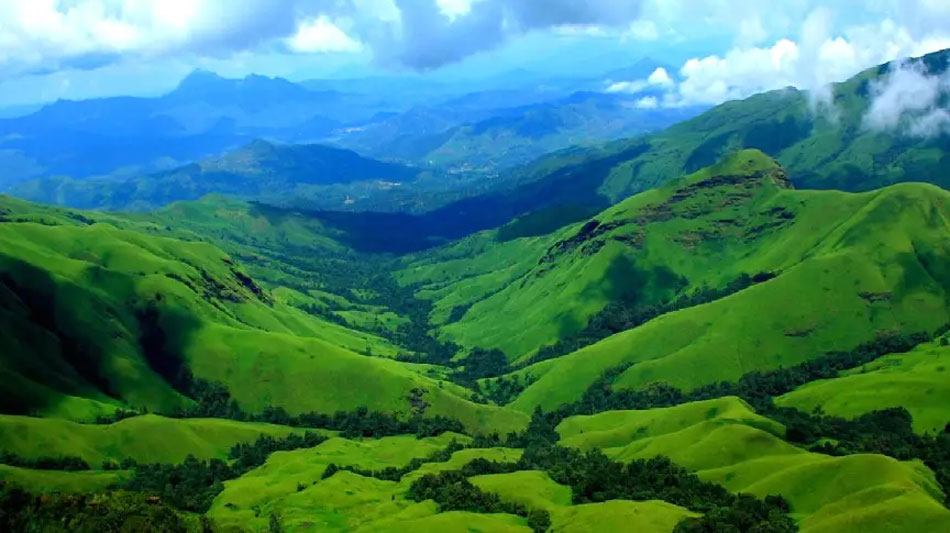 Famous for its natural wonders, Chikmagalur District houses the magical Hebbe Falls. Located near the popular hill station of Kemmangundi, iti is among the most beautiful waterfalls in Karnataka. Hidden inside the Bhadra wildlife sanctuary, Hebbe Falls is a heavenly delight for nature lovers. 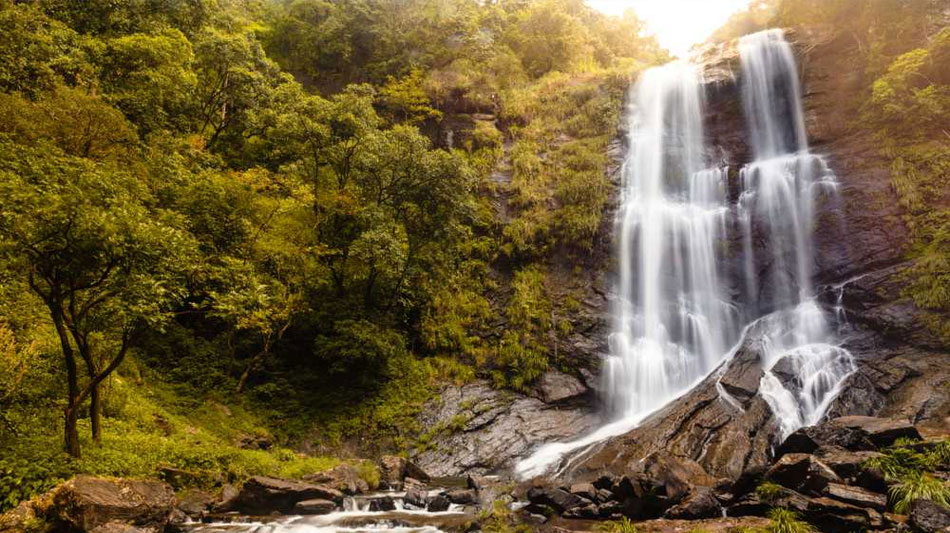 The Kallathigiri Falls, also known as the Kalhatti Falls, is a magnificent natural abode located 50 kilometres away from Chikmakagalur. This waterfall is a perfect destination for leisure mongers and thrill seekers alike, and is popular among both locals as well as tourists. The fall gushes down the majestic Chandra Dona Mountains from a height of about 400 feet. 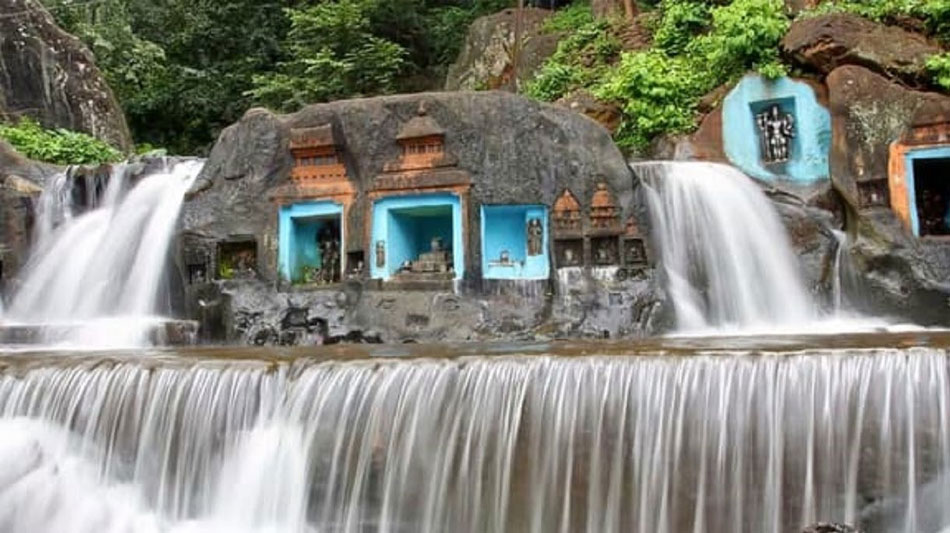 Bhadra wildlife sanctuary is located in Karnataka at a distance of 38 km from Chikmagalur town. It boasts of a substantially large number of tiger populations and was declared in 1998 as the 25th Project Tiger of India. The sanctuary has an elevation point of 750 m to 1875 m above the sea level. The lofty hill range and green vegetation surrounding it from all sides make it look absolutely stunning. The lush green vegetation mainly consists of dry deciduous and moist forests. 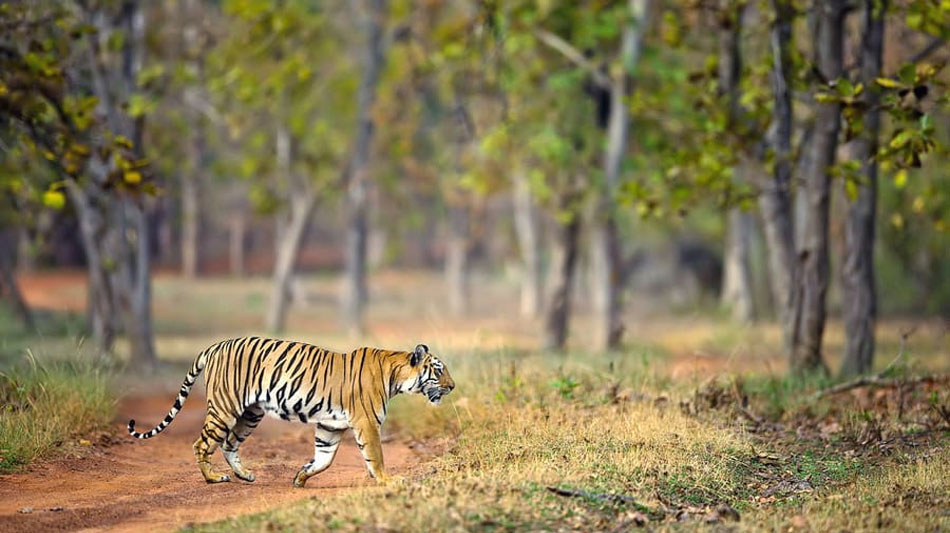 emples of Belur, Architecture so intricate that the figurines seem lifelike, engineering worth taking an example from and with rituals still keeping these ancient structures alive, these two temples in Karnataka tell tales of south Indian history and spirituality. In the south Indian state of Karnataka, these two neighbouring towns are not just connected by a short drive but also a history that strings them as one. Home to the Hoysala dynasty, which ruled most of Karnataka, for three centuries (mid-11th to mid-14th century), Belur and Halebidu are known to tourists for their ancient temples of thoughtful engineering and intricate architecture. 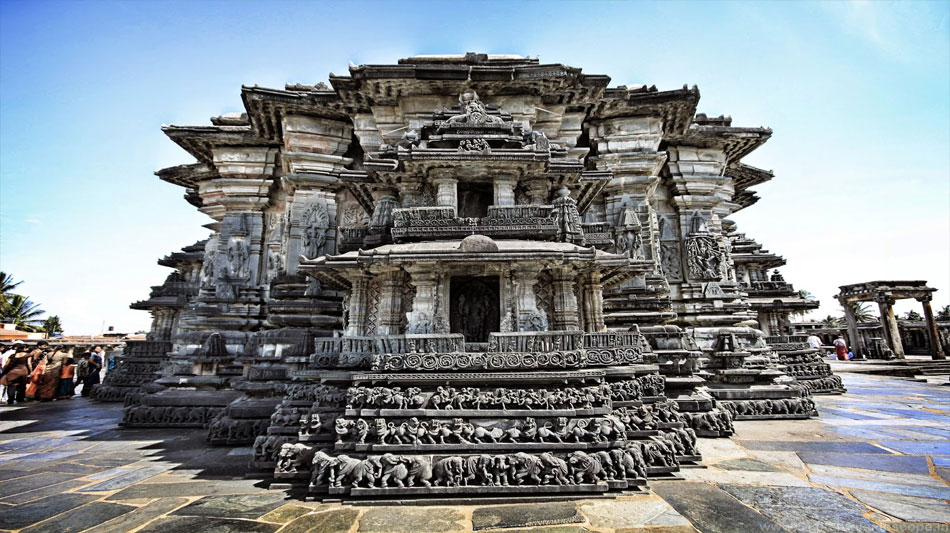 Bhadra dam is a beautiful dam built across the river Bhadra, and hence the dam derives its name. This location crowns itself as Chikmagalur’s key tourist attraction. Bhadra Dam is at a distance of 78 km from the mainland of Chikmagalur. 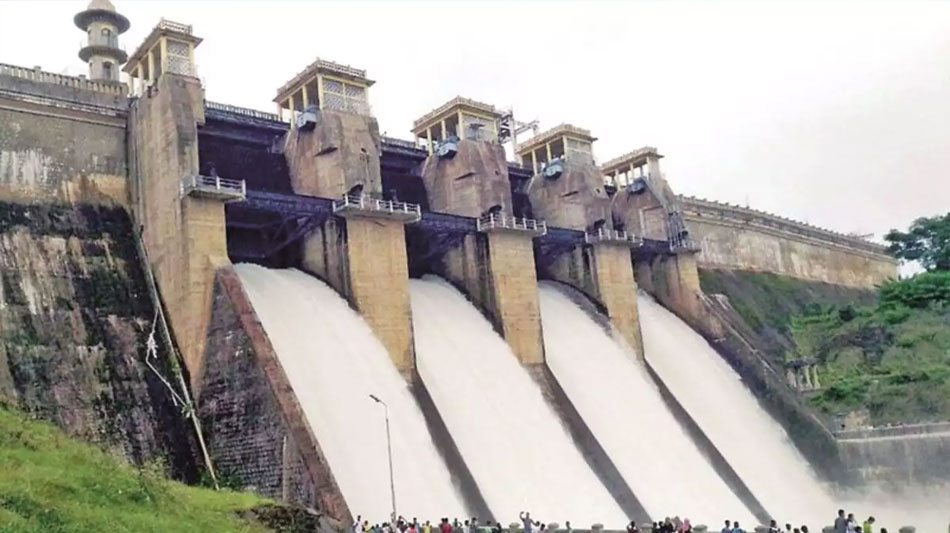